Ethiopia is amazing multicultural country. One of its most interesting regions with high diversity of different people is Omo River area. The Omo River springs from Mount Amhara, located nearby of the capital Addis Ababa, and flows through deep valleys and harsh scenery of Ethiopian countryside with little villages around, crossed by narrow winding cattle paths up to the Turkana Lake at the Ethiopian-Kenya borders. There are no roads, no development, and just deserted county.

But maybe that’s the reason why there is a big diversity of tribes living around the Omo River at the land of size of Switzerland, completely forgot in a time. The way there takes about 3 days from Addis Ababa, but it’s definitely worth of do it. It’s like you would travel in a time millions years back. The local people will simply impress you. Ethnologists expect there may be more than 45 different ethnic groups living there. Although some are genetically quite close, no one will ever admit it. They differ by dialect and traditions; however there are also some similarities. They are all herdsmen; some of them which are living in productive areas are farmers. Furthermore they are good hunters and warriors. They are fighting with almost all neighbors for land and cattle. However the civilization come here and brought new weapons – Kalashnikov – instead of traditional spears. Every man has to have it, and they know how to use it. During the peace time it’s just the decoration which makes men more important and together with traditional color clay body painting it makes brave warriors visage.

The most famous ethnic living at Omo River area is Mursi tribe. Mursi women decorate themselves by a clay lip plates. To be able to wear the plate, they cut the lower lip and start to stretch the lip with smaller plates at the beginning. After some time they are able to wear even 10cm lip plates. Men are feared warriors which have a respect all around. Karo tribe is one of the smallest ethnic in the area. They have just about 400 people living at the banks of Omo River where they were pushed by their neighbors. They are making wooden kayaks in which they are traveling by the river. Karo women are often decorating themselves by lip piercing. Hamar women are extremely beutifull. Hamars origins are coming from many ethnics in the area. They live at lower river stream. When you are traveling to the Omo River area, the first tribes you see are Banna and Tsamai. When you first see them you understand how different Africa is with all those tribes living still their traditional life, the same life they lived hundreds years ago.

You can find at Asmat.eu 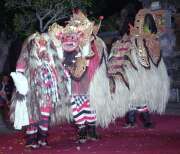